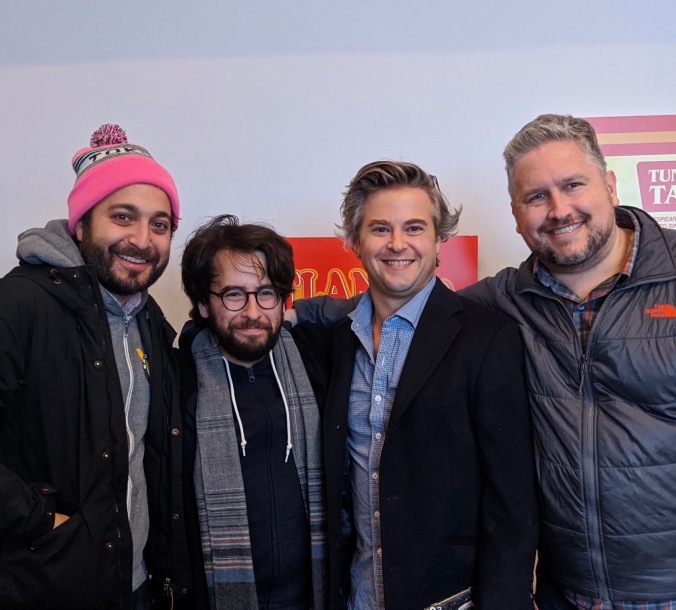 I had to get this post out of the way before Thanksgiving, because I do not want you comparing  our feeble recipes  to whatever world-class holiday dish your great grandmother handed down to you.  (That’s my pre-emptive excuse for the brevity of this post and the solecisms it will contain, since there’s not enough time to ask Beez to proofread .  And isn’t that subtle compliment to your great grandmother reason enough to cut me some slack?)

Here goes:  If you’re like us (well, I don’t mean exactly, but in the same ball park), you probably experience refrigerator back-up from time to time.  Just last week, in order to find the half-and-half for my coffee, I had to move two tubs of grated cheese, three containers of food from the Brilliant Market, a Jar of pepperoncini, a pint of milk, a bottle of tomato purée, and one of those solid Land-o-Lakes bricks of butter out of the way.  After putting everything back, I needed oxygen and several Advil to recuperate from the effort.  Clearly, this is no way to run a pantry.

So last week I reheated leftovers, or cooked things already in stock, almost exclusively.  (The only thing I bought was a chicken, a can of pumpkin purée, and some currants.)  Our two favorite meals were the bangers and mash and the Sicilian Chicken Salad.  If you can’t figure out bangers and mash on your own, you have our condolences.  And here’s a recipe for chicken (turkey) salad that will help you deal with refrigerator back-up, specifically with those annoying, space-taking-up chicken carcasses.  This is so good that you may find yourself cooking a chicken simply to make this salad.  It has a few moving parts and you really do need to use currants (raisins just don’t lend that wow-factor bump that rehydrated currants do), but you’ll spend more time shredding the chicken than making the salad – an easy and delicious way to unclog your refrigerator.

This is adapted from Samin Nosrat’s Salt Fat Acid Heat, an inspiring cookbook that illustrates techniques particularly adapted to refrigerator review, based on techniques using interchangeable (but similar) ingredients.  So, while this recipe was based on chicken, feel free to use that leftover turkey.

True to Samin’s own methods, we substituted Belgian endive for the fennel she suggests, since we had it in the refrigerator.  If you decide to use the fennel and invite us over, we’ll certainly eat it.  But the celery already gives you the same crunch as fennel and the endive is easier to handle and lends another texture, a sort of lesser crunch to the whole shebang.

5 cups shredded chicken.  That’s about what you’ll get from a 4-5 lb. rotisserie, home-roasted or poached chicken.  NOTE:  Take the time to remove all tendons, cartilage or membrane from the chicken.  This is only slightly tedious and, unless you’re serving dinner to your sworn enemies, the decent thing to do.

½ red onion sliced (maybe 1/3 of those soft-ball sized onions sold by Giant Eagle)
½ cup currants (see note above – you really want currants, not raisins, in this recipe)
1 cup stiff aioli (a scant cup of Hellman’s will work just fine here)
1 teaspoon grated lemon zest
2 tablespoons of lemo juice
3 tablespoons of chopped parsley
3 small or 2 large celery stalks, diced (Samin calls for 2 small stalks, but then she adds the fennel)
We did not use – ½ medium fennel bulb, diced – we substituted one Belgian endive, halved and then slice into thin half moons.
2 teaspoons ground fennel seed (We just put whole fennel seed into a coffee grinder.  You’ll find that the taste is superior to the pre-ground stuff which has sat in a jar for who knows how long.  And, you’ll save money.)

Combine the onion and the vinegar in a bowl and let sit for 15 minutes.

In another bowl, pour boiling water over currants and let them sit for 15 minutes to plump up.

Drain the currants and put them into a large bowl.  (You need one large enough to toss all of the ingredients together.)

To that bowl add the chicken, aioli, lemon zest, lemon juice, parsley, pine nuts, celery, either the fennel or the endive, the ground fennel seed and some generous pinches of salt.  Stir to combine.

Now drain the onions and add them and stir.  Taste and add salt or vinegar, if needed.

We followed Samin’s advice to serve on toasted slices of country bread (our own, baked from Jacques Pépin’s easy recipe in Cooking from the Heart – but any crusty loaf will do).

3 thoughts on “Emptying the Larder”